Company debt is fairly common but presents a serious challenge for a business.

It’s also the main reason that directors come to us for assistance. Debt can arise for a variety of reasons. We’ve listed some common and other less common reasons for debt issues:

Generally, the company formally contracts to make agreed contributions to a licensed insolvency practitioner who distributes it among the creditors. A CVA, most typically, lasts up to five years and is a viable option for companies with historic debt problems, or one-off unforeseen causes of debt.

You must declare your bankruptcy to anyone lending you more than £500.

All of your bank accounts will be frozen when you go bankrupt. For them to be released you must apply to your Trustee (usually an insolvency practitioner).

You can still open new bank accounts – but the majority of banks close down any accounts of bankrupt customers, so it can be difficult.

Directors of the insolvent company may choose the option of a CVL if the company is insolvent and the shareholders of the company agree it’s the right decision. When cash flow is poor and creditors are owed unpayable debts, a CVL might be the best choice.

A CVL is an option for companies struggling to cope with the stress and pressure of creditors who need repayments. With a CVL, creditors can submit their claims in an orderly way and the process becomes controlled and manageable.

An IVA protects you from creditors who are owed sums at the date of the IVA and makes your debt more manageable.

The amount you pay back depends on your individual situation.

The amount you owe, expenditure, living arrangements and your income all need to be taken into account.

For an IVA to be initiated, over 75% of creditors must approve it.

In order for an IVA to be a viable option, you should:

Liquidation offers a clear and structured way of winding up a company.

There are three different ways to Liquidate or close down a company:

Members' Voluntary Liquidation (MVL) is an option for solvent companies wishing to wind down their activities.

It allows assets to be distributed in a tax-efficient manner and can help protect against future claims.

This option is only an option for solvent companies. This means the company must hold enough assets to be able to settle all liabilities and interest in full within 12 months.

An MVL often comes about if:

Debt has an immediate effect on a company’s cash flow so HMRC payments can end up getting pushed down a company’s list of priorities. Bills such as wages and rent payments often seem more urgent, and consequently falling behind on payments to the HMRC can happen. This is potentially extremely dangerous for a business and a Time To Pay Arrangement is a way to avoid this risk.

This should improve cash flow and make critical payments such as wage and rent more bearable. A Time To Pay Arrangement also shows HMRC that you are serious about paying your tax, making it less likely they will try to take legal action against the company.

A Winding Up Petition is a creditor-driven attempt to force a firm into Compulsory Liquidation.

What is a Winding Up Petition?

A Winding Up Petition is a serious threat to a company which aims to force it into Compulsory Liquidation. It can be issued by a creditor who is owed £750 or more and results in the company ceasing to trade.

Essentially, the creditor starts a legal process in an attempt to “wind the company up” so they may recover their outstanding debt.

A Winding Up Petition is applied for via the court and usually comes after a creditor has lost faith in the company and given up on trying to claim their money back in other ways. Directors failing to keep payment promises, bouncing cheques, and unresolved county court orders or statutory demand documents might knock a creditor’s confidence.

As a result, they may threaten the company with a Winding Up Petition.

It’s a costly process for a creditor. They must pay an in-court deposit of £1530 plus filing fees and between £400 and £800 to issue the petition.

It is not a threat to be taken lightly – it is a serious attempt at legal action against a company. 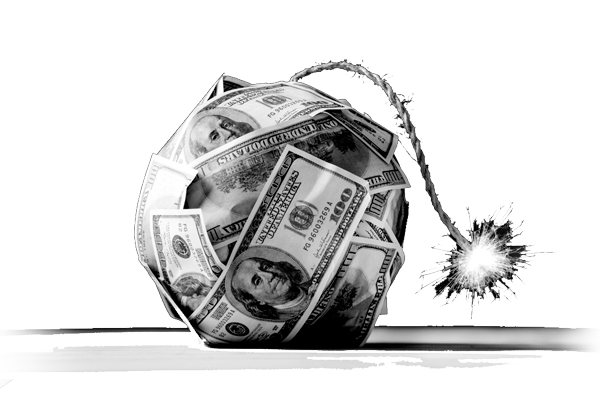